The Holy Church of St. George in Kranidi was once a parish church, nowadays it operates occasionally. It is located on the south side of the hill of Bardounia.
Originally, a smaller church was built as a sign of gratitude to St. George when the Turco-Albanian Tribune Hamil Jaferi Agas invaded Kranidi in revenge, to punish the privileged families of Kranidi who defiantly disobeyed their allegiance to the Sultan.
Most of the families in Kranidi fled to Spetses to save themselves and when they returned to Kranidi they started to build a chapel in honor of St. George, because on the day of his feast they were saved (April 23, 1772). This small church was completed in 1785 on the site where the Turco –Albanian Tribune had camped with 200 Turco-Albanian soldiers and was looking for a way to take revenge on the Kranidians. In the present large church an inscription is preserved at the western entrance that states ¨”The inauguration of St. George’s church took place in Kranidi on 26 July 1870″.
The style of the church is peculiar one apse- cross vaulted basilica as experts say. There are only three churches in all of Greece in this style and with the same materials built with stone of the color of St. George.
Inside the church many icons are preserved dating back to the 17th and 18th century, while the icon of St. George is covered with a lining of pure silver (the so-called shirt) and is a donation of the old sailors of the so-called gagaviers or spongers who were several in the 19th century in Kranidi.
Also preserved as a relic of the church is a gold-weaved lamentation that was brought by the old sailors of Kranidi from Odessa.
Furthermore, in the southern middle gate there is a sundial while the visitor is particularly impressed by the religious paintings inside the church with earth colours and egg that are indelible in the almighty time.
Another noteworthy element is the surviving inscription plaque on the crucible inside the Holy Doorway. It seems that a priest of the church was buried at that spot, a fact common in earlier times. 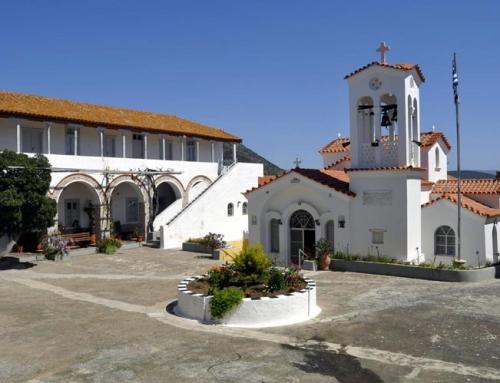 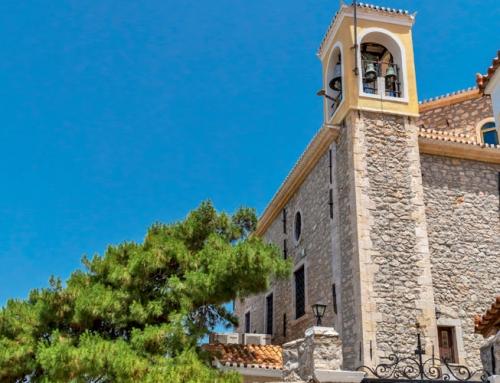 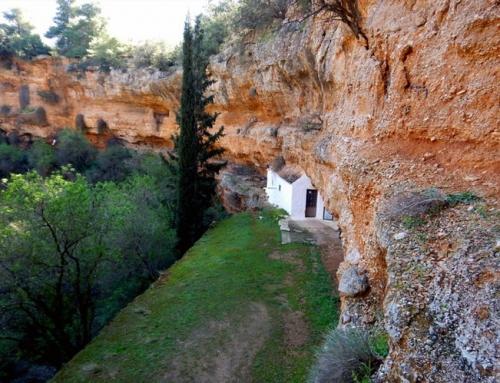 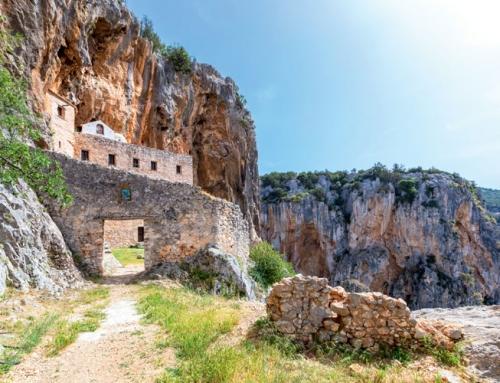 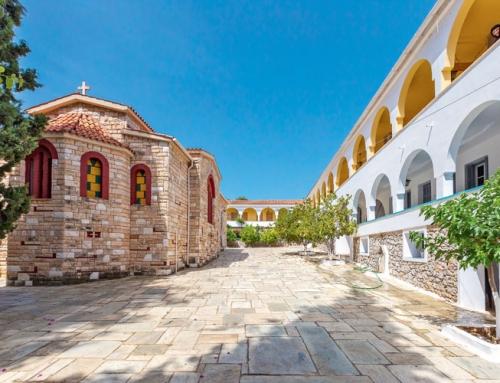